The Clover Club is a classic gin cocktail right up there with the martini and negroni; it’s a pre-Prohibition classic that appears on the International Bartenders Association list of “Unforgettables”, and one that works wonderfully with our very own Wheadon’s Gin yuzu, lemongrass and green tea infusion.

- The motto of the Clover Club 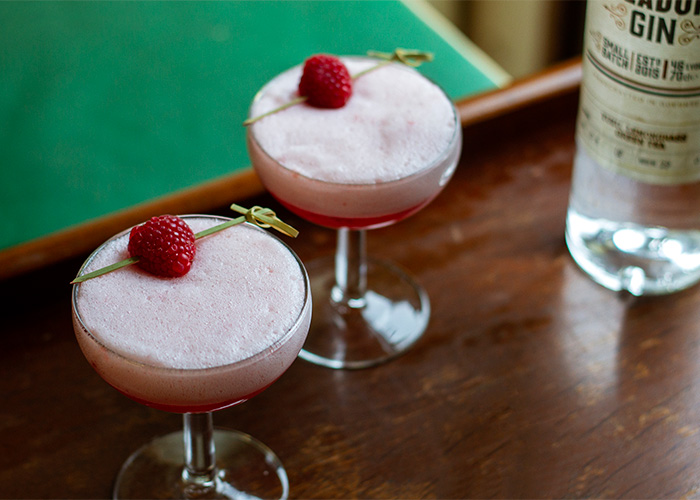 The cocktail is named after an exclusive club founded by a group of Philadelphia journalists founded in 1882, that met monthly at the city’s historic Bellevue Stratford Hotel, on South Broad Street, from the hotel’s opening in 1904 up until the 1920s.  The club expanded to include lawyers, bankers, and captains of industry, and the cocktail that took its name dates back to around 1909 when it first appeared in print (in Drinks – How to Serve Them by Paul E. Lowe) and began to be enjoyed beyond the wood-panelled walls of the Bellevue Stratford.  Early recipes tended to include French vermouth and varied between raspberry syrup and grenadine, however the IBA official recipe settled on raspberry syrup and no vermouth.

The Clover Club cocktail fell out of fashion for many years following prohibition, perhaps partly due to its use of a raw egg and the more complicated methodology that comes hand-in-hand with creating a white foam; don’t be put off though, a reverse dry shake is easier than it sounds and the egg gives a silky texture and that eye-catching white foam top. 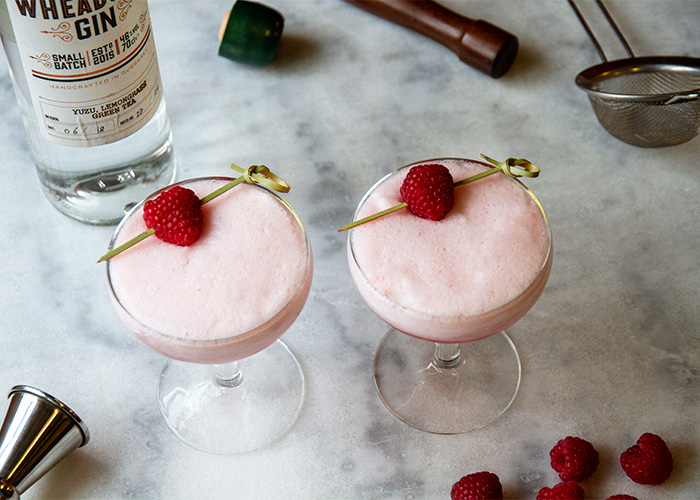