The Gimlet is a classic cocktail with a long history, and just like so many other classics it is beautiful in its simplicity; traditionally, it is a 50/50 mix of gin and lime cordial.

The gimlet has drifted in and out of “medicinal necessity” and fashion through the course of its history.  Originally believed to have developed out of the discovery that citrus juice proved effective at preventing scurvy and the British Royal Navy’s provision of limes for all crew on voyages (that led them to be nicknamed “Limeys”) as well as the Merchant Shipping Act of 1867 requiring all British ships to carry lime juice, whilst the crew mixed their lime juice with their rum ration to make grog, the officers mixed it with their gin.  In the same year that lime juice became compulsory aboard all British ships, Scotsman Lauchlan Rose of Leith discovered and patented a method for preserving lime juice with sugar rather than alcohol, as fresh lime juice would not keep on long voyages.  He built a dockside factory (to benefit from ships importing limes from the West Indies, and departing ships requiring lime juice for their voyages) and then purchased plantations in Dominica, West Indies, and then Ghana to ensure his supply.

In the Savoy Cocktail Book (1930) by iconic barman Harry Cradock, the Gimlet appears as:

“Equal measures of Plymouth Gin and Lime Juice Cordial.  Stir and serve in same glass.  Can be iced if desired.” 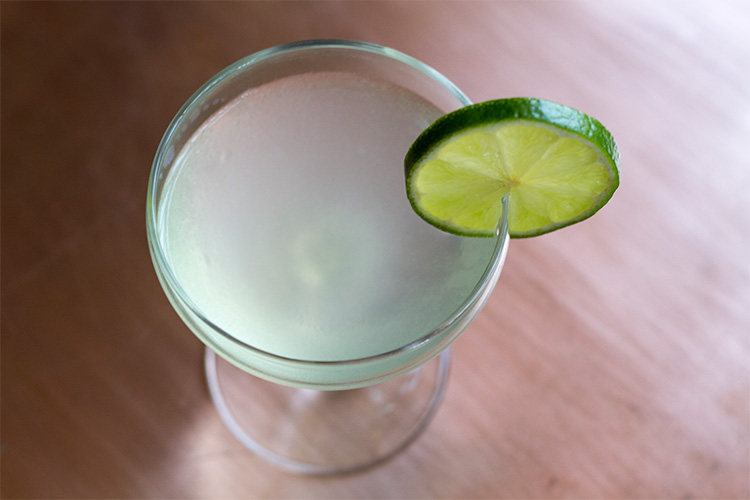 This sweet and tart version remained the norm for many years, breaking into popular culture in the 1950s when it was featured in Raymond Chandler’s1953 novel The Long Goodbye:

“A real gimlet is half gin and half Rose’s Lime Juice and nothing else.  It beats martinis hollow.”

Whilst Betty Draper famously claimed the gimlet as her favourite cocktail whilst ordering one in the first season of Mad Men, perhaps a pairing of a sharp and sweet drink with a character with similar traits, a modern day gimlet is likely to be less heavy on the cordial to suit the dryer tastes of modern drinkers.  For many years in fact, the sweetness of the classic gimlet and the use of a cordial put it out of favour with bar tenders who championed the use of fresh citrus.

As for the name, “gimlet”?  Well as with every good drink it’s up for debate, with the two most frequently cited stories being that the drink is either named for the small, sharp tool often used to pierce and tap barrels of booze aboard a ship (for the drinks similarly sharp and piercing effect), or in honour of a British Royal Naval Surgeon Rear-Admiral Sir Thomas Gimlette KCB (1857-1943).  It has been said that Gimlette added lime to his shipmates’ ration of gin as a means of getting them to take their preventative lime ration to ward off scurvy, however the association did not appear in any of his obituaries so it may have simply been a coincidence of naming that a story has been created around.

Either way, how a cocktail came about or how it got its name is neither here nor there if it is refreshing and tastes fabulous.  A gimlet ticks both of those boxes; here’s how we mix ours here at Wheadon’s:

Place all of the ingredients in a shaker and fill with ice.  Shake well and strain into a chilled martini or coupe glass.  Garnish with a lime wheel. 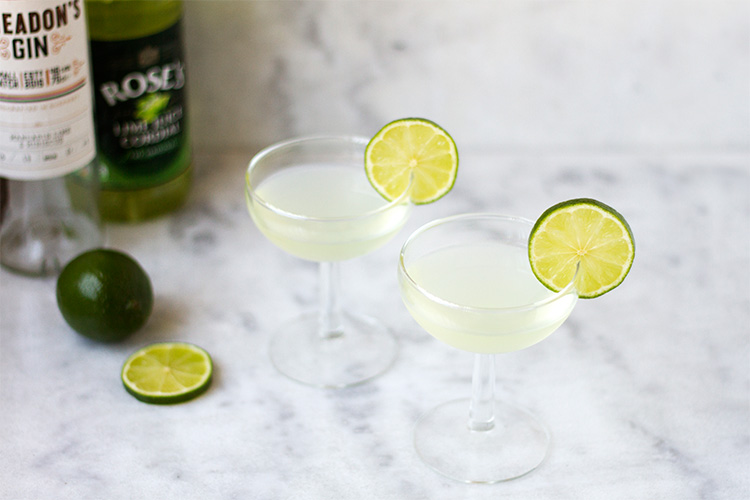