Now that the summer is here (storms and all), there is no better way to spend an afternoon than sitting in the sunshine with a refreshing cocktail... or two when the opportunity arises. The classic Long Island Iced Tea is up there with the most famous of cocktails, but it is equal parts delicious and dangerous with five different spirits tempered with a splash of cola and is iced tea in appearance only.  Most likely created in prohibition era America (like so many famous cocktails) by a gentleman by the name of Old Man Bishop who lived on Long Island in Kingsport, Tennessee, the original version combined tequila, vodka gin, rum, whiskey and maple syrup to create a drink that would “do the job” in the minimal amount of drinks.  Like all good origin stories however, this one is contested by one Mr Robert “Rosebud” Butt, who claims that it was actually he who first invented the Long Island Iced Tea that we now know today in 1972, while working on the bar at The Oak Beach Inn on Long Island, New York.

I participated in a cocktail creating contest. Triple Sec had to be included, and the bottles started flying. My concoction was an immediate hit and quickly became the house drink at the Oak Beach Inn. By the mid-1970s, every bar on Long Island was serving up this innocent-looking cocktail, and by the 1980s it was known the world over." – Robert “Rosebud” Butt

If Robert Butt’s version of events is true, that would make the Long Island Iced Tea one of the youngest IBA contemporary classic cocktails, at less than 50 years old.

Whilst a long cooling drink sounds perfect for a summer’s afternoon, we rather prefer the thought of an iced tea cocktail that includes actual  tea to lengthen it (something that bartenders have been doing since the 1800s) and that celebrates the flavour of the spirit rather than mixing as many liquors together as possible in a single glass.  This iced tea cocktail made with our Wheadon’s Gin Yuzo, Lemongrass and Green Tea infusion will hit the spot on a sunny afternoon and there is far less chance of it jeopardising your functionality for the following day. 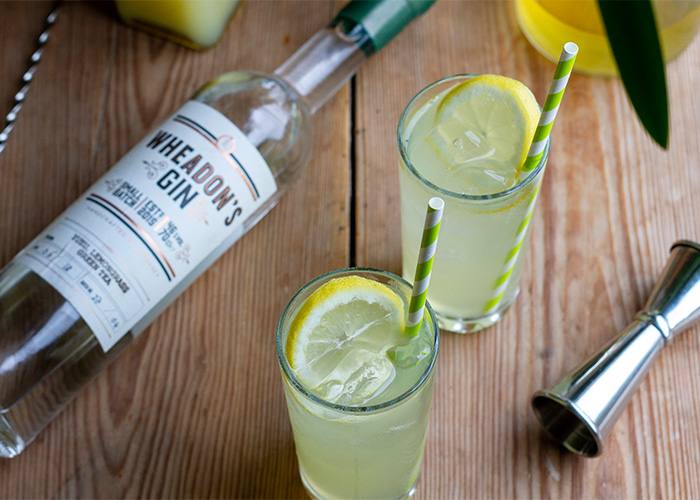