We were delighted when good friend, artist Dimitri Permiakov, came to visit us again this weekend as part of Art for Guernsey’s celebration of Renoir at Moulin Huet for Guernsey’s “Le French Festival”. You may remember Dimitri from his visit last year, as Art for Guernsey's 2018 Artist in Residence. Dimitri is a renowned Russian oil painter who works in the tradition of Russian realistic painting. This style of painting is fast paced and striking, and is similar to that of Renoir's, which is exactly why Dimitri was invited back to paint the views of Moulin Huet in celebration of Renoir’s Guernsey works from July 10th – 13th. 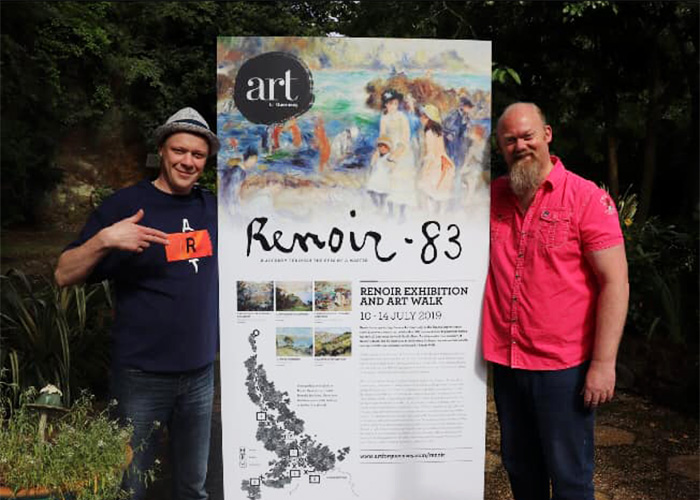 Pierre-Auguste Renoir was a famous French Impressionist artist who visited Guernsey in the summer of 1883 and produced fifteen painting of scenes on and around Moulin Huet. His visit occurred at a time when he was developing as an artist and he used the money raised from selling his Guernsey landscapes to fund his later creative endeavours. 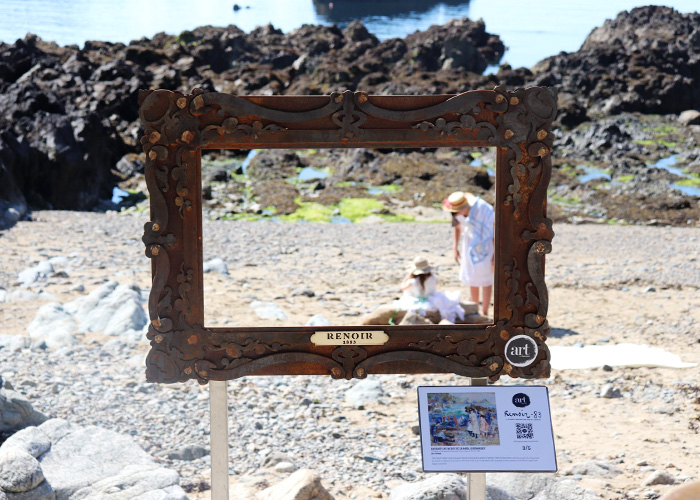 As part of Guernsey’s celebration of Renoir this weekend large frames were sited in the places where Renoir would have set up when painting his famous works of art over 130 years ago, as part of an interactive guided walk that was enjoyed by over 2000 visitors over the five days of the exhibition. Dimitri then set up is easel in similar locations around Moulin Huet to create new works for an exhibition at the former Moulin Huet Pottery.  Favouring working outdoors, Dimitri is known for painting "en plain air" and in paying homage to Renoir's Guernsey works he used a similar style of oil painting to reference the works of art produced almost exactly 136 years ago.  As part of this exhibition an original Renoir was also exhibited that hadn't been seen in public for over 100 years thanks to the hard work of Art For Guernsey and the event's guest of Honour, Mr Sciama, the director of the Giverny Museum of the Impressionisms in Normandy and a world authority on Renoir.

"It is not every day that visitors have the opportunity to take a walk on our wonderful cliffs, learn about Renoir’s legacy and actually see an original artwork!"

To help get Dimitri's creative juices flowing, Mr W paid him a visit to deliver a special hamper of Wheadon's Gin and tonic, which seemed to go down very well! 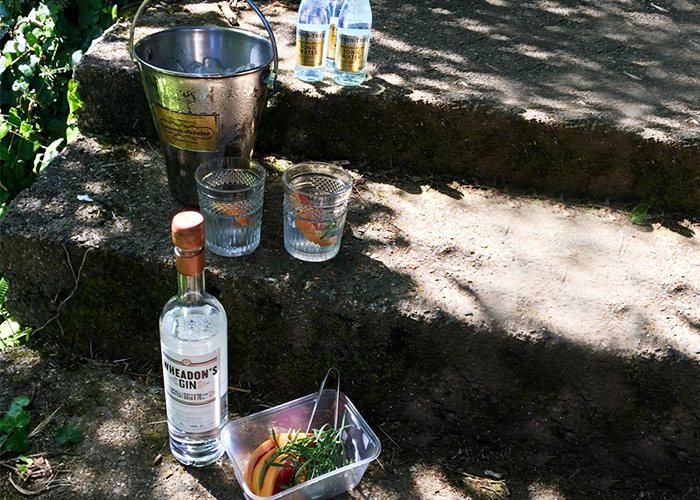